Meet the fantastic team of people at Windmill Leisure

Adrian is Manager of Windmill Leisure & a  PGA "AA" Qualified Golf Professional, working at Windmill Leisure since 2010 & the beginning of our business. Adrian has been a Golf Professional for over 20 years & has played golf since the age of 14. Originally from Lelant near St.Ives in Cornwall, he moved to Bristol in 2000 working at Tickenham Golf Centre for 8 years, The Kendleshire for 2 years & here at Windmill now. As Manager of our facility, he is responsible for the provision of facilities & services at Windmill together with the development of our centre. He has also proved to be a very popular PGA golf coach in all aspects of teaching from beginners to professional golfers. Adrian has held roles with South Gloucestershire Council as a community golf coach & has forged strong relationships with local schools & organisations developing grass roots golf. He is constantly updating his skills with the latest new teaching methods by attending PGA Development and Coaching Seminars. Hobbies/interests: You will find Adrian playing golf & he has his own golf lessons to develop his game. When not playing golf, running is his second passion, & runs 10k, Half Marathon & even the odd Full Marathon race! More leisurely, a summer bike ride & a spot of kyack fishing in Cornwall

Anna joined our team in October 2016 as a customer services assistant & is now one of our supervisors. Anna has spent many years working in the retail sector & feels building relationships with customers is key to a successful business. Since working at a Windmill, Anna has supported & developed our office & finance operation, developing IT skills but also qualifying as an Archery GB instructor! In her spare time, Anna enjoys spending time with her family & can be found at Ashton Gate enjoying a Pasty & a Pint (perhaps with the odd “come on you reds”!) 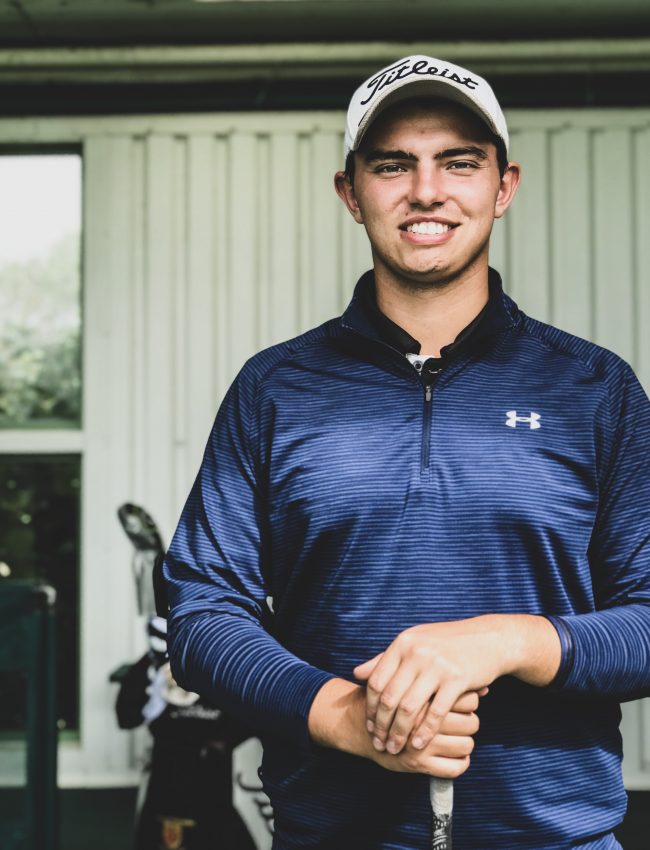 Joe has worked at Windmill for over 3 and half years now starting as a customer sales assistant & now one of our supervisory team. As well as making sure the daily tasks are completed to a high standard,  his main roles are returns, repairs and orders. I also take a joint lead with in ensuring the stock goes on the system and is merchandised in our wonderful golf shop! I am a very keen golfer and I am looking to turn professional in the coming years and one day play on the European tour. I am currently playing the amateur circuit which is all around England. I hold two course records currently, one at my home club, The Kendleshire which is 64 (-7) & the other is at St. Andrews on the dukes course which is 66 (-5). I am currently off scratch up hope to improve that to +3 by the end of the season. In my spare time, which after playing golf doesn't seem to be a great deal, I love a good social occasion meeting with my friends.

Joshua Mayo joined Windmill Leisure in January 2020 as a fully qualified PGA Professional. Josh completed his PGA qualification in 2018 but has been playing golf pretty much his entire life. His involvement in golf started at an early age as his father was an Amateur Champion and Walker Cup player as well as a Masters and Open Championship competitor.

Living in Newport, South Wales, Josh grew up playing golf at Newport Golf Club. Josh worked at the 2010 Ryder Cup venue, The Celtic Manor, before working at Parc Golf Club. Sports Psychology is an area of expertise for Josh as he graduated from the University of South Wales with a BSc honours degree and will be looking to bring a holistic approach to coaching for all ages and abilities. Josh’s main focus will be to encourage participation in the game by coaching juniors and developing grass roots golf as well as improving the skills and mentality of those already playing the wonderful game.

He likes to use a combination of modern teaching methods which include video analysis and launch monitor data as well as the traditional methods. Josh is always looking to improve his own game and coaching techniques and has recently completed a strength and conditioning course specific to golf which will help take his coaching to the next level.

Hobbies & Interests: You will find Josh participating in many other sports as well as golf because he is a sports fanatic! He enjoys training in the gym, running, squash, badminton & football and loves watching the Cardiff Devils play ice hockey.

Jose is from Murcia a warm city in the southeast of Spain near the Mediterranean Sea. He started at Windmill 3 years ago working as a groundsman & range supervisor. Currently he works in our site office for the new golf course. He loves to walk with his dog, Dasha & interact with my friends at the bonsai tree. Also i love a good movie & to go to the pub and enjoy a cerveza!

Lynette is the newest member of our team. Lynette previously worked in schools catering & decided to join us for a fresh challenge. Lynette has been a friend & customer of Windmill since the very beginning of our business, bringing her daughter Shannon along for junior lessons. Shannon is now a full member at The Kendleshire. In her spare time Lynette enjoys the great outdoors with her family walking the  Dog.